ADVANCE seeks to use the huge fissure eruption at Holuhraun in 2014-2015 in Iceland, which was the largest effusive degassing event from Iceland since the eruption of Laki in 1783-17849. The eruption at Holuhraun emitted sulphur dioxide at a peak rate of up to 1/3 of global emissions, creating a massive plume of sulphur dioxide and sulphate aerosols across the entire North Atlantic. In effect, Iceland became a significant global/regional pollution source in an otherwise unpolluted environment where clouds should be most susceptible to aerosol emissions. Thus, the eruption at Holuhraun created an excellent analogy for studying the impacts of anthropogenic emissions of sulphur dioxide and the resulting sulphate aerosol on ACI. Our research will comprehensively evaluate impacts of the Holuhraun aerosol plume on clouds, precipitation, the energy balance, and key weather and climate variables. Observational analysis will be extended beyond that of our pilot study to include high quality surface sites. Two different climate models will be used; HadGEM3, which is the most up to date version of the Met Office Unified model and ECHAM6-HAM, developed by MPI Hamburg. These models are chosen because they produce radically different responses in terms of ACI; ECHAM6-HAM produces far stronger ACI impacts overall than HadGEM3. Additionally, the UK Met Office Unified Model framework means that the underlying physics is essentially identical in low-resolution climate models and high-resolution numerical weather predication models, a feature that is unique in weather/climate research. In the high resolution numerical weather prediction version, parameterisations of convection can be turned off and sub-gridscale processes can be explicitly represented. Thus the impacts of choices of parameterisation schemes and discrete values of variables within the schemes may be evaluated. 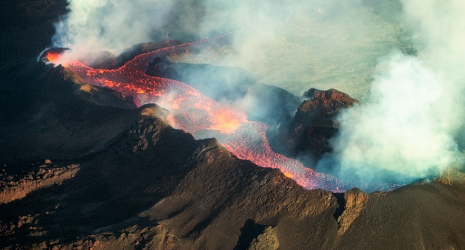 Atmospheric soot is a pollutant that contains black carbon (BC) and potentially also brown carbon (BrC) and is produced from combustion sources such as diesel engines, wildfires, agricultural waste burning and the burning of solid fuels such as wood and coal. Because BC and BrC absorb sunlight, they can have a warming effect on climate, in particular on local scales; there is evidence to suggest that the increase in absorbing aerosols associated with pollution has been responsible for the weakening of the South Asian Monsoon. However, while BC and BrC are very important for climate, they are currently very poorly represented in the models used to study and predict these effects. Comparison exercises between the various models in use around the world tend to highlight strong disagreements and comparisons against observations of absorbing aerosols are consistently very poor. This indicates a strong need to improve the treatment of soot and its processes within models, however this has so far been limited by deficiencies in the instrumentation and laboratory techniques available. SASSO will capitalise on the timely development of new methodologies, facilities and instruments at the Universities of Manchester and Exeter to use a novel and unique combination of tools to study soot on a level of detail previously not possible. This data will be used to develop and test new models of soot optical properties and this will be implemented in the UK's main climate model (hadGEM3), to test what effects this new, improved understanding has on predictions of climate responses to changes in soot emissions. One aspect thyat has been examined in details is the unprecedented fires in SE Australia where the smoke plume was detected in the stratosphere.

​In a warmer climate, the amount of precipitation is expected to increase, as warmer air can hold more water. At the regional level - where impacts are felt - patterns of change are less well understood due to uncertainty in the circulation response to warming. In addition to these changes in mean precipitation, increases in precipitation extremes may be considerable, and are expected to increase at around 7% per degree Celsius of warming. Extreme events frequently cause the greatest damage, making understanding the nature of changes in both the frequency and magnitude of such extremes a critical issue given their impact on society. In Peninsular Malaysia, the majority of the annual total precipitation is produced by a relatively small number of intense events. These extreme precipitation events have been increasing in recent decades. They can lead to considerable damage through flooding, which can be enhanced by changes in land use. Annual, average annual flood losses are currently around RM 915 million in Malaysia. In a warmer climate, a shift to a more intense wet season (which is expected), with increased frequency of the most extreme events, may have significant implications for the hydrology of Peninsular Malaysia and associated impacts on society. In this project, we will investigate the dynamical features (e.g. tropical storms) that lead to extreme precipitation in Malaysia. We will study both their present-day behaviour and likely changes in the future. In doing so, we will achieve a dynamically constrained understanding of future extreme precipitation events. This represents a considerable advance on our current understanding of future changes in extreme precipitation in Malaysia. We will then use this information to run a hydrological model to estimate future changes in streamflow, flood magnitudes and flood return periods. This model will include estimates of land use change which will also be developed as part of the project. 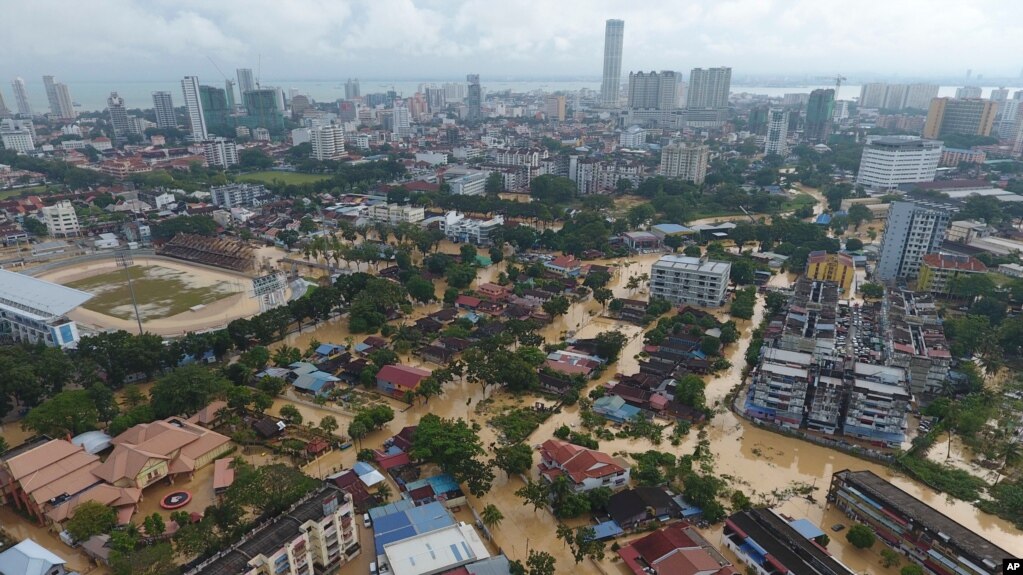 The realization by the scientific community of the difficulty of limiting global mean temperatures to within these 1.5 or 2.0C targets has led to increased calls for climate intervention via so called "solar radiation management (SRM)" techniques which aim to increase planetary albedo and induce a cooling that acts to partially offset global warming. Haywood has authored many cautionary studies including detrimental teleconnection impacts on Amazonian rainfall, termination effect, impacts on Sahelian drought and hurricane frequency of hemispherically asymmetric SRM, and stressed that any practical SRM deployment should only be used to temporally ameliorate the worst impacts of climate change whilst transitioning to a net carbon zero economy. Recent assessments of SRM support a cautionary and objective analysis using models that can represent the detailed mechanisms of SRM. For SAI, they must represent the dynamics and chemistry of the stratosphere such as the Brewer-Dobson circulation, the Quasi-biennial oscillation (QBO), homogeneous and heterogeneous chemistry relevant to the ozone layer, and the detailed sulphate microphysical evolution such as gas phase oxidation, nucleation, condensation, coagulation, evaporation and gravitational settling. Only a handful of GCMs within the most advanced GeoMIP G6sulph experiment adequately; the two best models are arguably the UK Met Office Hadley Centre UKESM1 and the USA's National Center for Atmospheric Research (NCAR) CESM2-WACCM. This proposal uses the UK's climate model (UKESM1) to EXTEND the large-ensemble approach pioneered by NCAR with CESM2-WACCM. Direct collaboration between the University of Exeter and NCAR promises a dual-model assessment of the various pros, cons, perils and pitfalls of SAI climate intervention utilising two of the most advanced GCMs currently available. The collaboration will not only position the UK scientific community at the forefront of SAI climate intervention, but provide a balanced assessment of the potential of SAI as a climate intervention strategy to policy-makers worldwide.

The overarching aim of the program is “to increase economic and social resilience to high-impact events …. by improving forecasting and the uptake of scientific advice”. Program objectives include “to build economically and socially viable resilience into the assessment of, planning for, and management of natural hazards, with a specific focus on high consequence, regional scale events in volcanic and earthquake-prone areas”. The economic cost of the Eyjafjallajökull eruption in Iceland in 2010 due to the closure of UK and European airspace has been estimated at around £200m/day for the airline industry with total subsequent impacts on the global economy of US$5bn. This volcanic event is economically the most high-impact, high-consequence regional scale volcanic event in recent history, and resilience to such events needs to be significantly increased. Assessing the economic risk of reoccurrence of such an event is one goal of Developing the Resilience to Icelandic Volcanic Eruptions within the UK (DRIVE-UK). Economic resilience can be built by minimising the impact of such eruptions on UK and European airspace closure, which can be achieved through developing a more robust network of near-real-time observations